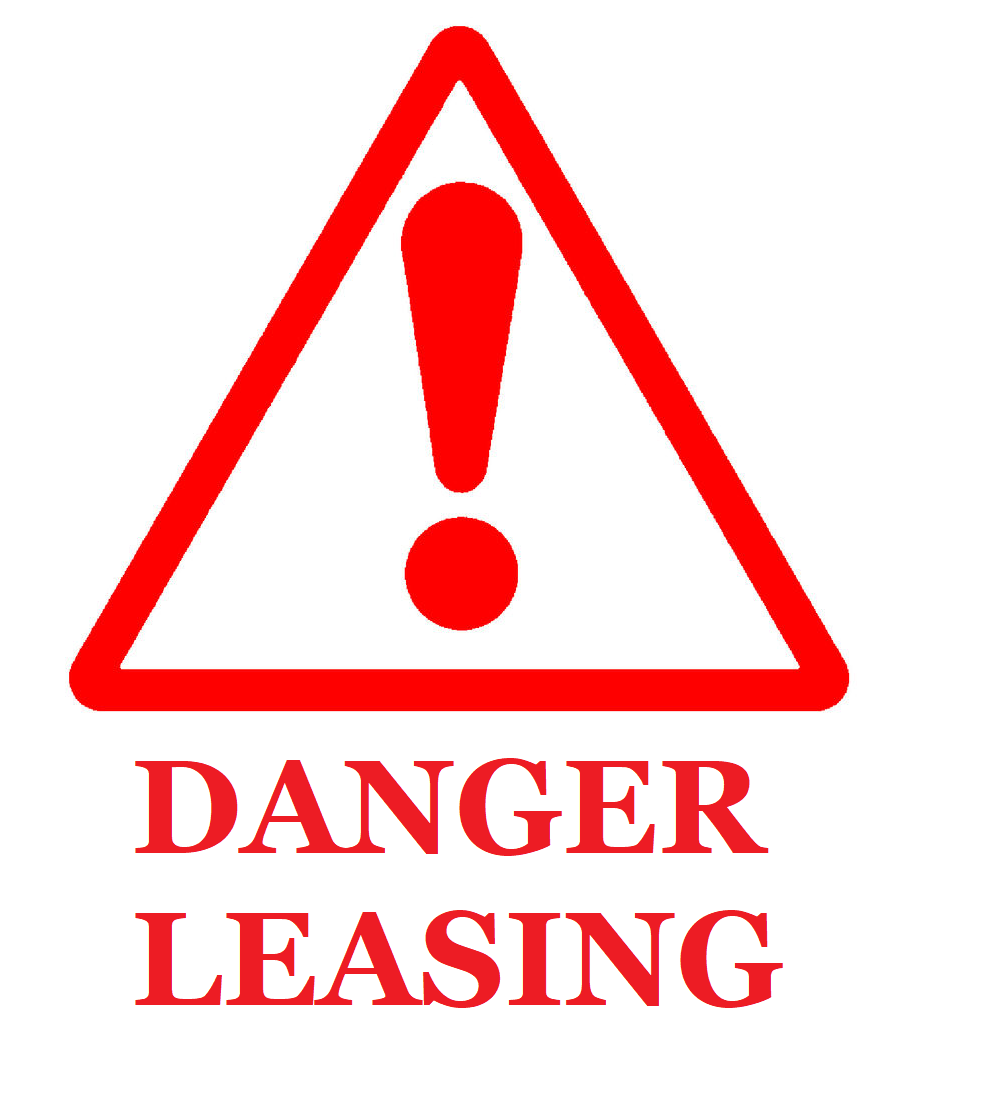 We know already the many benefits, which leasing can bring to the lesseeThe lessee is the user of... More. At the same time, there are quite a few leasing risks, associated with the service, which are good to consider prior to using the service. Further, we will look into all these leasing risks, as well as give some advice for their mitigation where possible.

At first sight it seems that all major leasing risk and dangers from the leasing transaction sit with the lessorOne of the parties to the... More – currency risk, interest rate risk, risk of over-millage penalties, risk of damage to the leasing assetLease asset is the subject of... More or its total destruction, risk of its extensive use, risk of non-payment of lease installments, residual valueThe residual value is present in... More risk. Should we read carefully each leasing contract we will notice that all these risks have been transferred to the lesseeThe lessee is the user of... More. Here is how:

Let us give an example of this leasing risk using a similar financial service – bank credit. During the first decade of the new century, a new financial product came into being – „credit in Swiss Francs“. The formal idea was that the interest rates in the Swiss currency are very low. Banks in Bulgaria (and not only there) actively marketed this new product. Accordingly, there were quite some clients willing to benefit from credits in Swiss Francs, even though their income was in the local Bulgarian Lev. The risk, sadly, materialized in late 2007. On 20th October 2007, the exchange rate EUR/CHF was 1.67. Exactly one year later, in October 2008, the exchange rate was 1.47, or an EUR decrease of about 12%. The drop continued in the following years and in October 2011 reached 1,20, or a decline of about 30% just in four years. How does that affect the debtors? … well, a 10, 20 or 30% increase of all the credit used which respectively had to be paid back.

Never the less, it is important for the lessees to be aware of this leasing risk, and to be certain that even if a negative change in the exchange rate BGN/EUR occurs, this will not lead to the impossibility of fulfilling the obligations under the leasing contract.

The interest rate risk outlines the danger of changes in interest levels in a negative direction for the lesseeThe lessee is the user of... More, e.g. the rise of interest. Today, near the end of 2018, this risk is more valid than ever. 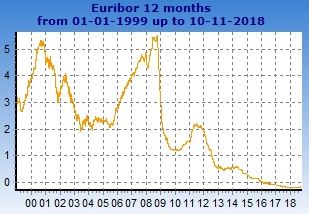 This risk too is hard to avoid. The good news is that interest rate levels change very slowly (with but fractions of a percent annually), unlike the above example with the currency risk of credits in Swiss Francs. The other good news is that this risk only affects the future interest under the leasing contract and not the principal (like the CHF example). This means that the lessees need to be able to absorb without difficulties changes in the leasing interest rate with a few percentage points. Thus they will be sure that the interest rate risk will not bring difficulties. As a benchmark, you may view the changes in interest rate levels of the  EURIBOR in the last 20 years – fluctuation between 5% and 0%. These are also the boundaries of the interest rate risk which the lessees bare.

We may also wish for a lessorOne of the parties to the... More to come, who will offer fixed rate leasing products.

This leasing risk is characteristic of vehicle leasing. Most of the leasing contracts have some limitation for the mileage of the leased vehicle. If under the financial leasingA leasing contract, under which, the... More contracts such limitations are seldom met, in the contracts for operational and open end financial leasingA leasing contract, under which, the... More they are a must. In Bulgaria, these are usually 10, 15 or maximum 20 thousand kilometers per year. Lessees seldom take notice of this requirement, eager to hop on the new car. However, these limitations are also linked to an over-mileage penalty for every kilometer above the limit. The penalty may vary from a few cents to (in some extremes) the fares charged by the taxi drivers. 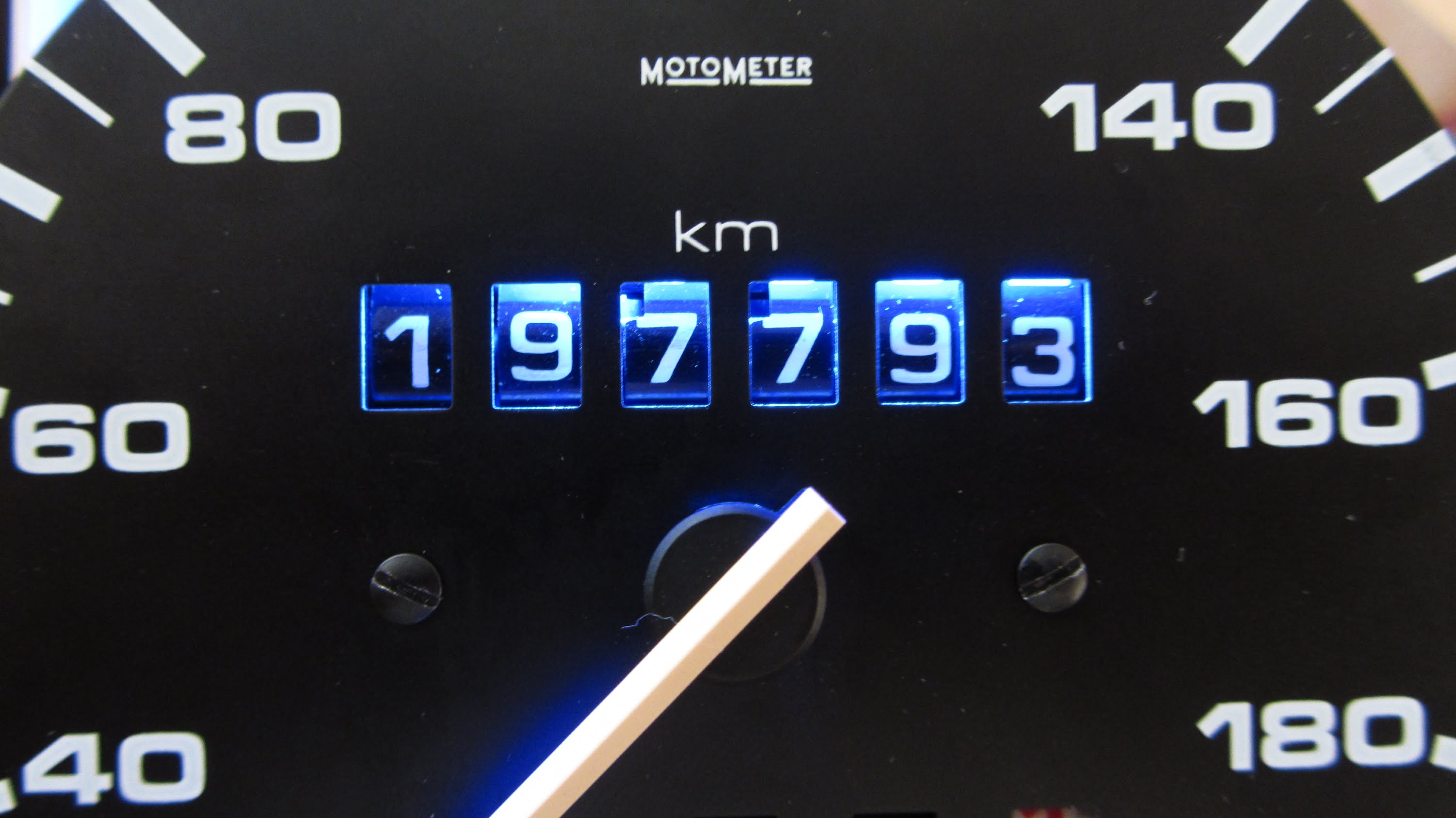 This leasing risk may be mitigated and even totally avoided by the lessees. First, they have to check if such limitations exist PRIOR to signing the leasing contract. If so, they need to know what mileage will the leased car pass each year. Then they need to mark-up this number by about 25%, and eventually negotiate with the lessorOne of the parties to the... More this mileage as a limitation if such need be.

It is important for the lesseeThe lessee is the user of... More to note this leasing risk and such limitations by the lessorOne of the parties to the... More. There are also some lessors who are willing to take advantage of the mileage limitations and corresponding penalties. Be careful.